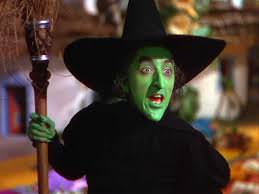 Margaret Hamilton is a an american actress known for scaring audiences as the wicked witch of the west.  This role was from the classic movie “The Wizard of Oz.”

Margaret’s acting career began in 1923 when she often performed in the theatre.  She trained as a kindergarten teacher at the insistence of her parents, but soon began turning her attention exclusively to acting.  She got her big break in the 1933 movie “Another Language.”  She went on to star in a number of successful movies before landing the Wizard of Oz role.

Interestingly Margaret Hamilton never tied herself to a contract with film studios as she was keen to earn as much as possible.  Margaret also went on to star in radio and television productions.

This character is a wonderful depiction of a wicked witch and we have been able to produce some fantastic renders with her.  This character is designed for the Victoria 4 base and includes poser material presets.

In the past we have shied away from including characters in the celebrity database but some celebrities are so well known for specific roles that we can’t avoid it!  We would love to see what you create with Margaret so please leave a comment in the review section.