As the new SNES mini is just around the corner, we thought this would be a great time celebrate some of the very best titles in the SNES library - so here is our Run Down of the top 5 best SNES Games. 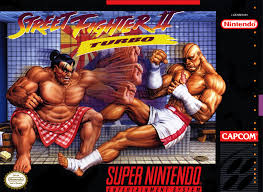 Have you ever heard of this game before? EXACTLY. This game dominated the SNES console for a long time. Originally a port from the arcade game "street fighter 2 Turbo: Hyper Fighting", it was a super smash hit that is still spawning sequels today. Who can forget the classic battles between Ryu and Ken or the paralysing psycho crusher of M-Bison. This game had such a rich level of playability and interesting characters that it was hard to put down.

Of course in the Turbo addition of the game fans were treated to a speed adjuster which led to some epic hyper action. There werr four adjustable settings to speed things up. A cheat code was also available that allowed for six speed settings. Another new feature was the ability to play as M-Bison, Sagat, Balrog and Vega which added more value to the game among fans. If that wasn't enough you could also pit the same fighter against themselves.

This version of Street Fighter 2 was the definitive verson for the SNES... that is untill SUPER Street fighter 2 came out! But whichever version is your favourite, no one can deny that this game was a massive game changer and the grandfather of all modern fighting games.

You can play this game in the virtual console and it will also be included in the snes mini!

We could not ignore the greatness of this game. Developed by Takashi Tekuza and Shigeru Miyamoto, it sold over 20 million copies and has also been featured in numerous compilations over the years including Super Mario All-Stars. Super Mario World brings back all the classic features of the Mario series and adds some new stuff to the mix. Mario can now pick up special items which allow him to float and perform a special spinning jump.

This is the first game in the series that introduces fan favourite character "Yoshi". Mario can ride Yoshi and has access to host of new attacks such as eating and spitting out koopa shells!

The storyline revolves around Mario and Luigi on a quest to save Dinosaur land from the evil Bowser and of course lets not forget about saving princess Toadstool too!

Super Mario features an iconic score composed by Koji Kondo. Many musical precedents set in this game have been carried onto later mario games. 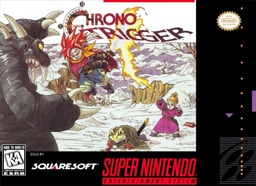 Published by Squaresoft, this game was the concoction of three legendary developers - Hironobu Sakaguchi who created Final Fantasy, Yuji Horii who created Dragon Quest and Akira Toriyama who worked on Dragon Ball. In addition to these legendary developers, Masato Kato created the storyline and Yasunori Mitsuda and Nobuo Uematsu scored the music.  If you haven't played Chrono Trigger yet and don't intend to in the future, at least listen to some of the soundtrack on youtube as it's spectacular!

Chrono Trigger is a traditional role play game similar in style to FinalFantasy. The incredibly complex storyline revolves around the main characterstravelling through time, gaining allies and building their arsenal. We couldspend hours dissecting it as it is a really rich and well made game.

There have been additions released on the playstation, nintendo DS and even ios and Android so you have absolutely no excuse if you haven't played it yet! 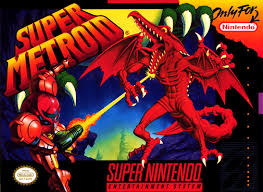 Super Metroid has a bit of everything and is considered a perfectly balancedgame.  The action is superb and the atmosphere created by the music andanimation is superb.  This game is a 2D side-scroller and the main character Samus battles through open ended levels. Samus can aquire power ups which lead to some awesome weapon and armor upgrades.

The basic storyline involves Samus the bounty hunterchasing after space pirates to retroid a stolen metroid larva.  The game was met with overwhelming critical success, and like Chrono Trigger it too is often regarded as the best game of all time. 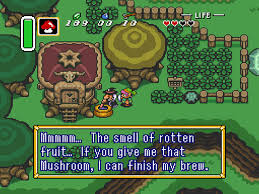 And finally we arrive at the number 1 game.  The legend of Zelda  -  A link to the past was a runaway success for nintendo. It is one of nintendo's best selling games for the SNES and sold 4.61 million copies worldwide.

The adventure begins as you play the character Link who is on a quest to save Hyrule. The gameplay incorporates an overhead view like early Zelda games and this game actually serves as a prequel to the original zelda game.

We don't want to give too much away about this game because we absolutely insist you play it! Go, right now - steal it if you have to but make sure you experience this amazing SNES classic for yourself.