Where to Buy the SNES Classic Mini - In Stock!

The SNES Classic Mini is proving to be one of the hardest to find gaming products of the year!  It has an official release date of September the 29th and preorders of the console have been selling out like hot cakes!

There have been reports of retail sites selling their entire preorder stock within twenty minutes of opening.  Many customers have also been informed that their valid preorder will be delayed due to manufacturer stock issues.  This means that they may have to wait two to three weeks after release date to get their console.  Amazon and Toys R us have apparently issued money off vouchers for affected customers.  With such fierce competition around, we want to weigh in on the situation and help you get hold of this glorious retro gaming console!

Back in July there were reports that ebay was pulling listings for the SNES mini in an effort to try and help with the unfair preorder situation.  As of September this is no longer the case as there are currently lots of listings on ebay UK and US.

This means  that the people out there who just want to get this thing as close to release date as possible and are willing to pay a hefty price, are going to have their needs catered for. Pre ordering Ebay gremlins will have been buying up stock from anywhere they could, as soon as it became available.  Please be warned that some of the prices on Ebay are almost three, four or even five times the RRP!  Of course these orders may also be subject to delays that are out of the hands of sellers so beware!

There have also been reports of stock coming into amazon in batches and selling out shortly after.  If you are persistent and keep checking you may be fortunate enough to reserve one.

Check out this link to see if there is stock in your local region: 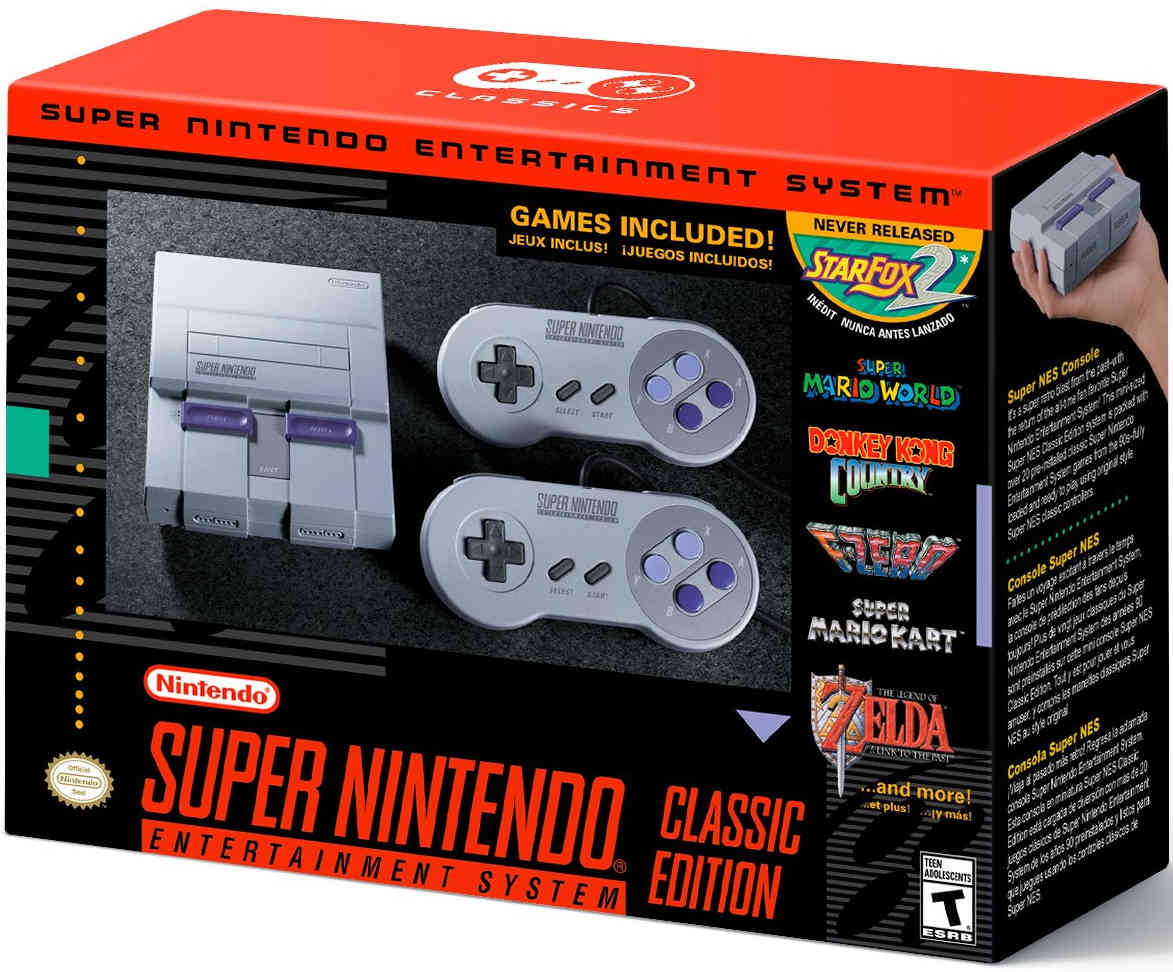 Besides how to actually pick one up, Here are some of the other top Snes Classic mini questions bouncing around the internet at the moment:

What is the release date for the SNES classic mini?

How much will it cost?

No... It doesn't. If you take the dimensions of the console into account it becomes obvious why this might have been a difficult feature to incorporate, not that it would have been impossible by any stretch of the imagination.

How many controllers are included?

The SNES classic mini comes bundled with two controllers. They use the same inputs as the Wii and mini NES so you will be able to use them on your downloaded SNES classics also!

Will it work on my 8k Television set!

Yes! absolutely. This thing is designed to give you the best image possible whilst playing those glorious retro snes classics!

Does it include the previously unreleased Star Fox 2 Game?

Thats a very specific question and the answer is YES! Go kick Andross ass again in an exclusive adventure!

What Games does the Snes Classic Mini Include?

Here are all 21 official releases:

We sincerely hope you have hours of fun when you finally get hold of one of these consoles!  Please let us know your your thoughts and thanks for reading.

Leave a Reply Cancel reply
We use cookies to ensure that we give you the best experience on our website. If you continue to use this site we will assume that you are happy with it.OkRead more