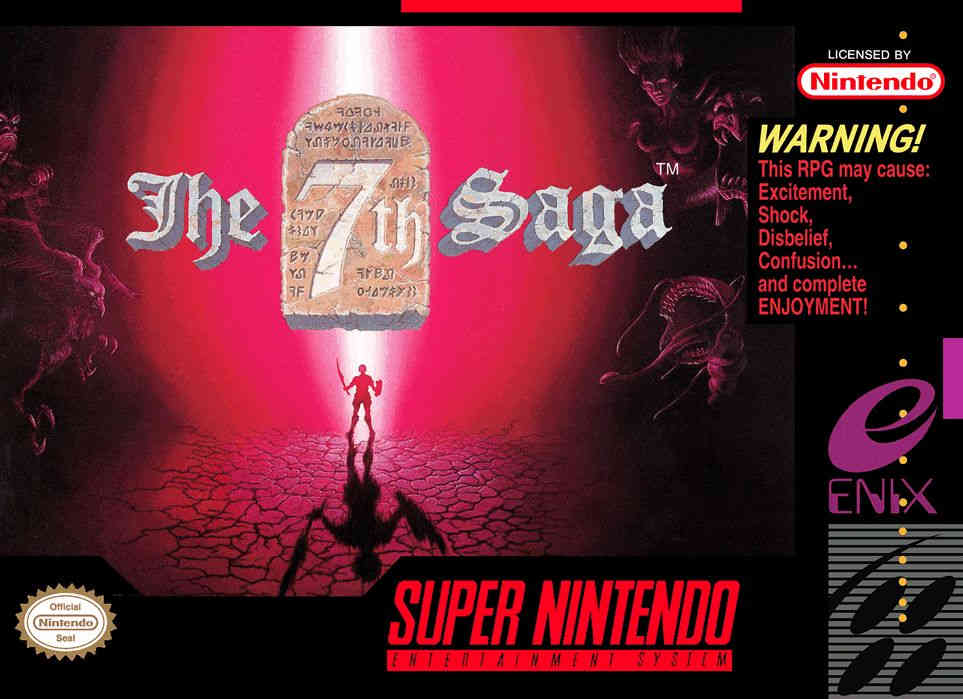 This RPG may cause:
Excitement,
Shock,
Disbelief,
Confusion...
and complete ENJOYMENT!

Thats a pretty suitable introduction to the SNES release entitled 'The 7th Saga'. This game is a 1993 release for the Super Nintendo Entertainment System. It is renowned for being an incredibly challenging play and requires buckets of determination and persistence to master! The 7th Saga gives you back what you put in. In other words, this RPG require a dedication of perhaps 60 - 100 hours in order to level up sufficiently. With these factors in mind you begin to be put off, but this game is still definately worth a look. 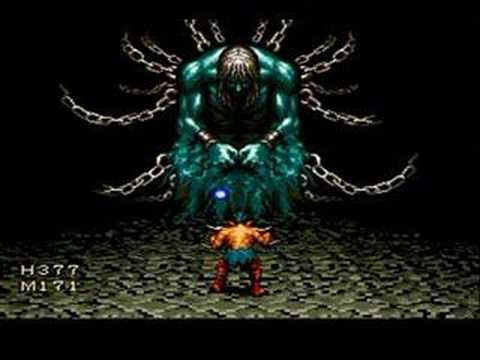 The 7th Saga has quite a backstory...SAGA is definately the correct name! The game takes you on a journey 5000 years in the past. Gorsia is an evil being who is bested by a god called Saro. This defeat is achieved using the aid of seven runes which have subsequently been lost on earth. Saro's son Lemele is now ruler of the world after he himself fought an evil demon called Gariso.

At the start of the game you play as one of seven adventurers who are on a quest to find he magic runes. You encounter the other characters throughout the game and can choose to become allies.
The game has three main states:

Players can roam freely in safe areas and do the usual RPG tasks such as talk to peasants and buy or sell items. You can also seek out the other playable character and join forces or duel against eachother! The game world is really large in comparison to other SNES RPG's and each location has its own role to aid in the progression of the story.

The game uses a radar system consisting of a crystal ball which indicates the position of enemies. This also display nearby locations such as dungeons, cities and the magic runes of course!

Time to kick butt! The action takes place in the time honoured turn based fashion. Options include Attack, cast spell, use item, defend or run. A unique feature of 7th Saga is the front facing perspective of the battle scenes. The enemies are placed in the foreground facing you and the game camera is to the back of the playable characters. 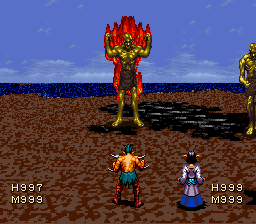 If you have the determination required for The 7th Saga you will find it a rewarding experience, otherwise you may find yourself crushed by the sheer weight of the challenge! This Saga was conceived and developed by Produce! They also created a Japanese exclusive game called Mystic Ark which in many ways is a sequel to The 7th Saga.